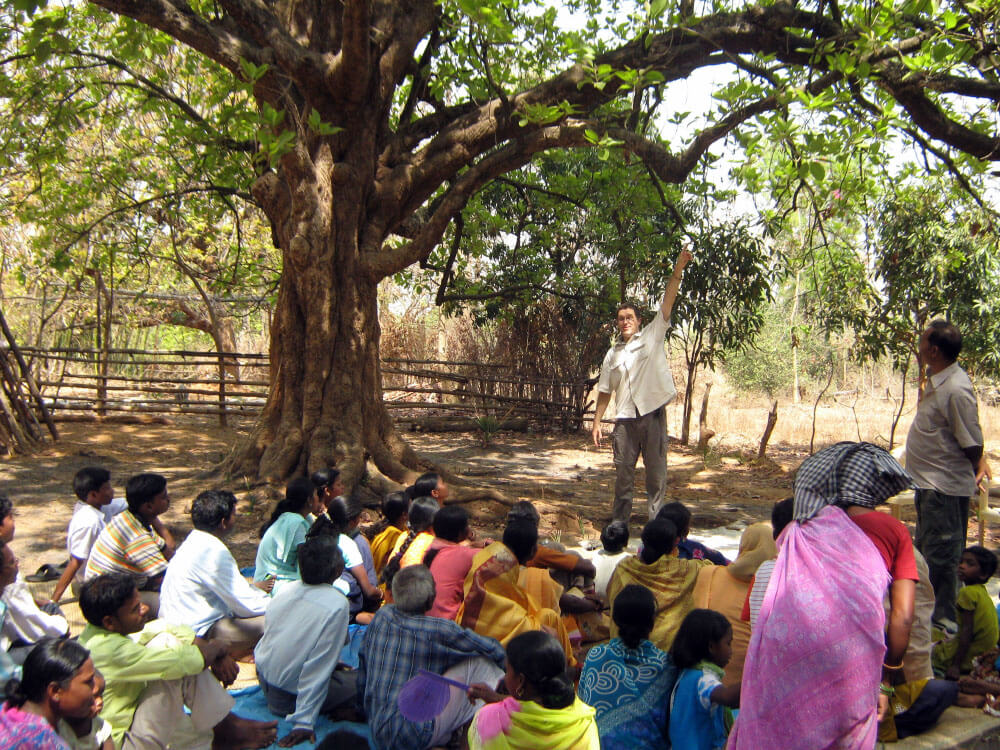 A few hours after my twenty-six hour flight to India, I was put on an overnight train, told to get off at some town that I couldn’t pronounce and some guy I didn’t know would meet me. At 6’1” in a place full of 5’ people, when I got off I was easy to spot. We got on his motorcycle for a dusty half hour ride while every person we passed stared at the gora (“tall white man”).

We arrived at the small village I would be at for a couple days. It’s in a region where Hindu extremists had persecuted believers the previous year. Though the town itself hadn’t had any problems, my host didn’t let me walk around the village alone. So when I had free time I would go on the roof terrace and pray, looking at the Hindu shrine next to the house, watching people.

That morning I sat with 12 men and women and began to teach them how to use stories in their villages. There is no alphabet, no Bible, and no Jesus film in their village language, Kisani.

That night we walked a few kilometers to a nearby village. We got there as the sun was setting and set up a TV and DVD player to show the Jesus Film in Hindi (one of the major languages of India). Fifty people came and afterwards about twenty said they wanted to learn more about Jesus. In a Hindu culture with 330 million gods, adding Jesus to your deities isn’t hard to do; establishing His singularity is. We told them the next morning we’d come back and share some stories of Jesus. 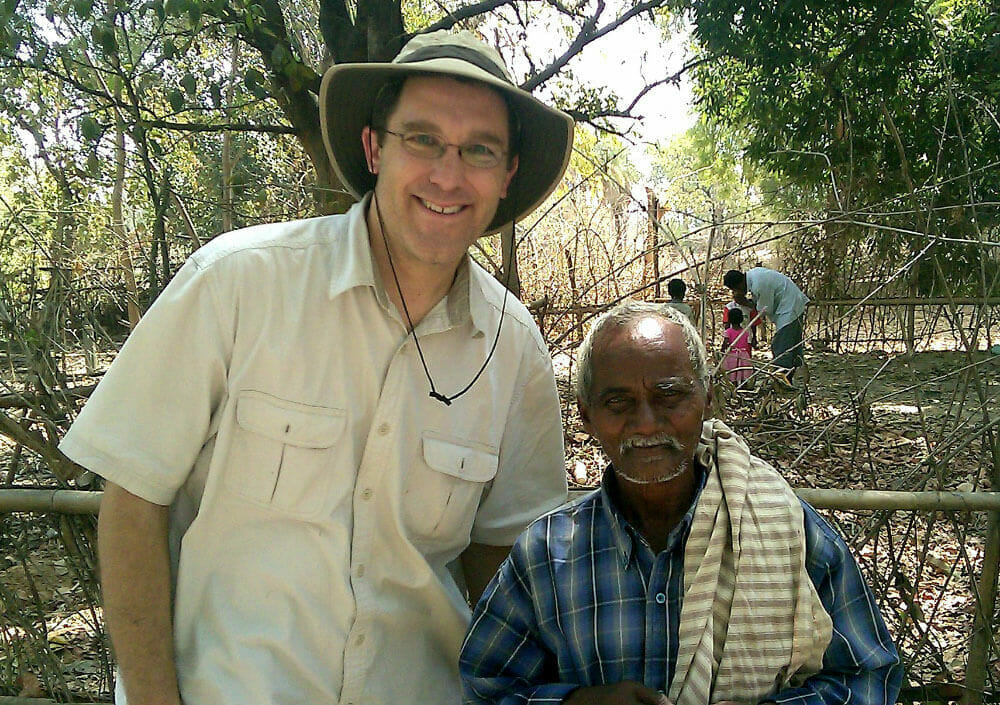 A couple hours after sunrise, thirty people – men, women, kids – were sitting under a tree. And we told a story of Jesus in Kisani. Then we told another. And another. At that point an old man stood up.

So underneath a tree in a remote Indian village, Hindus began gathering to hear for the first time stories of Jesus in Kisani, learning why Jesus is unique from 330 million gods who are worshiped. A year later villages in the surrounding area sent people to this tree to learn stories that can be shared in their villages.

And that was the first forty-eight hours in India.