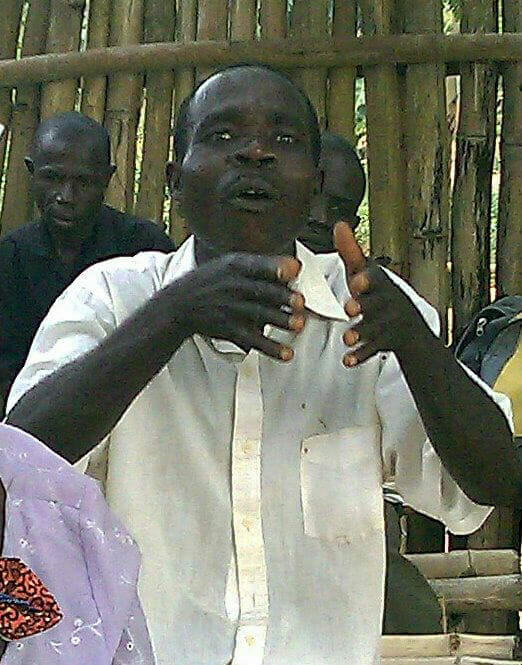 We drove several kidney-busting hours through African bush to a village that doesn’t appear on any map. The houses are made of mud and bamboo. The church we met at was a bunch of bamboo canes tied together. That’s where we sat for three days, me and seventeen illiterate farmers who wanted to see churches started in their villages. The area is predominately Muslim, a recent devotion that is layered over a thousand years of tribal spiritism and animism.

For three days, we sat under the bamboo roof and I told stories about Jesus. After each story I shared, the group with me would be able to repeat it back naturally, with tones, inflections, and body language that left you wanting to hear more.

We spent hours talking about these stories. I’d ask a question and the men would interrupt each other to say something, correct each other, disagree with somebody, and share discoveries that drew out several “Oooo, that is good” and tongue clicks of affirmation. We talked about personal growth, prayer, God’s character, the nature of sin, and salvation through Jesus. Sometimes we talked a couple hours on one story, sometimes a few minutes and then revisited it later. It was at times sweet and other times personally penetrating.

Near the end of the third and final day, Kojo kept looking at the ground as we talked about how they could go to their villages and tell others about Jesus. I remember Kojo specifically because he became more and more agitated. As the others talked and nodded and kept saying “Eyah, eyah” yes, yes, he kept swaying his head back and forth as if he was in more and more pain each minute.

Finally Kojo jumped up and yelled, “I CAN’T DO THIS! I’ve never been to school! I can’t read! How am I supposed to do this in my village! What…” You could just feel the air get sucked out of everybody sitting under the mango tree as he kept talking. They realized he was right. We had just spent three incredible days talking about God, ministry, church…and pffft the balloon started leaking. Heads went down. Kojo finished. Silence. And I sat there.

This was one of those times when somebody needs to say something, but you have no idea what, so you start talking anyway.

“I’m so sorry to hear that, Kojo. I understand what you’re saying. But let me think for a minute. You see, that story of the paralyzed man – that was twelve verses in this Bible I’m holding. The woman caught in adultery? Eleven. And the story of the demon possessed man? Twenty. Jesus calming the storm?…”

As I kept recalling the stories we had learned and the number of verses, you could see people start to lift their heads, some beginning to nod again.

When I was done, everybody was sitting on their bamboo seat swaying or bouncing their legs and I said, “That’s amazing, Kojo! You haven’t been to school and can’t read and think you’re stupid, but you just learned over two hundred verses in this Bible in a couple days…”

The man next to Kojo leaped up and started clapping and yelping and rubbing Kojo’ head, which I think was some sort of local version of a high five because soon everybody was jumping up and down and rubbing heads, including mine. 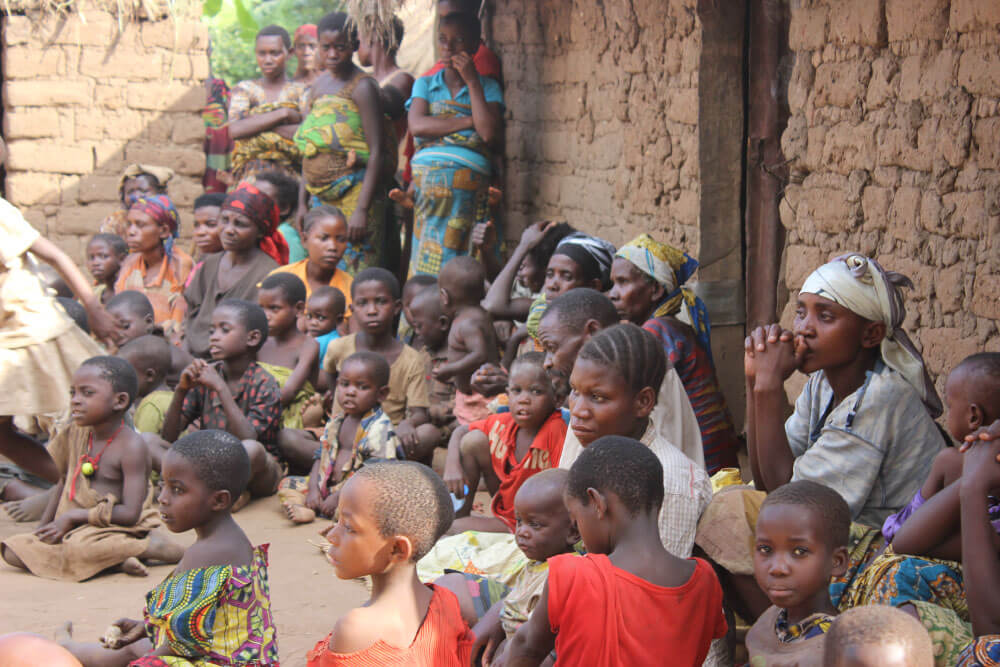 The rest of the story

Kojo went home. He’s the only believer in his village. The first night he sat under the tree that dominates the center of a circle of twenty huts. Under the moon, with some goats walking nearby, this young man told five of his friends a story of a paralyzed man lowered through a roof and what Jesus said and did for him. They listened. They talked. They didn’t argue.

The next night he tells another story. More people come to the tree to listen, talk, disagree, question.

The next night he tells another. About twenty people.

The next night over thirty people. There’s an old woman who refuses to be a part, but each night she has been walking around the tree just within earshot. This night she comes closer and stands.

The next night she sits.

A week later my friend Mawuli gets a call from Kojo. “Oh, my brother, I need your help!”

“I don’t know any more stories to share! What should I do tonight?”

“I will tell you one…” So Mawuli reads one over his cell phone.

The next day Kojo calls back. “I need another story.” This goes on for a month.

It has become part of the village life now. People gather under the tree, many still Muslim, a few have become followers of Jesus. But Kojo doesn’t tell the stories each night now. He gets others to. You see, believers in other villages heard about “the story tree” and asked Kojo to help them in their villages. So now Kojo is teaching people in seven Muslim villages how to share about Jesus.

Oh yeah – lest we forget – this is a man who can’t read and hasn’t been to school, so he probably shouldn’t be very good at ministry. He’s just an unschooled, ordinary man who spends time with Jesus.