Somewhere in the middle of Maasai country in Kenya is a small village. To be honest I don’t even remember the name of it. And, actually, calling it a village is a bit of a stretch. It’s more of a gathering area for the outlying homesteads. Each homestead is made up of three or four men and their families. Each man has two or three wives and about a dozen kids. Each wife has her own hut and the families’ huts together form a circle. Cattle go in the middle at night so the lions and hyenas won’t get them.

There are dozens of these homesteads scattered around the village. The village has a few buildings. Some shops. A few houses. A couple tire patching stands. A market area. And a mosque. Traditionally the Maasai have been tribal in their religion, but Islam is noticeably creeping into the area. There is no church.

In November we sat in a church about 20 miles away. A small, corrugated tin church. There were twelve of us inside. We broke into groups and practiced Bible stories and talked about them. The next day we did it again. Then Daniel and Michael said they had to leave. They were walking to that nameless village to start a church. This was Wednesday. They said they’d start the church on Sunday. 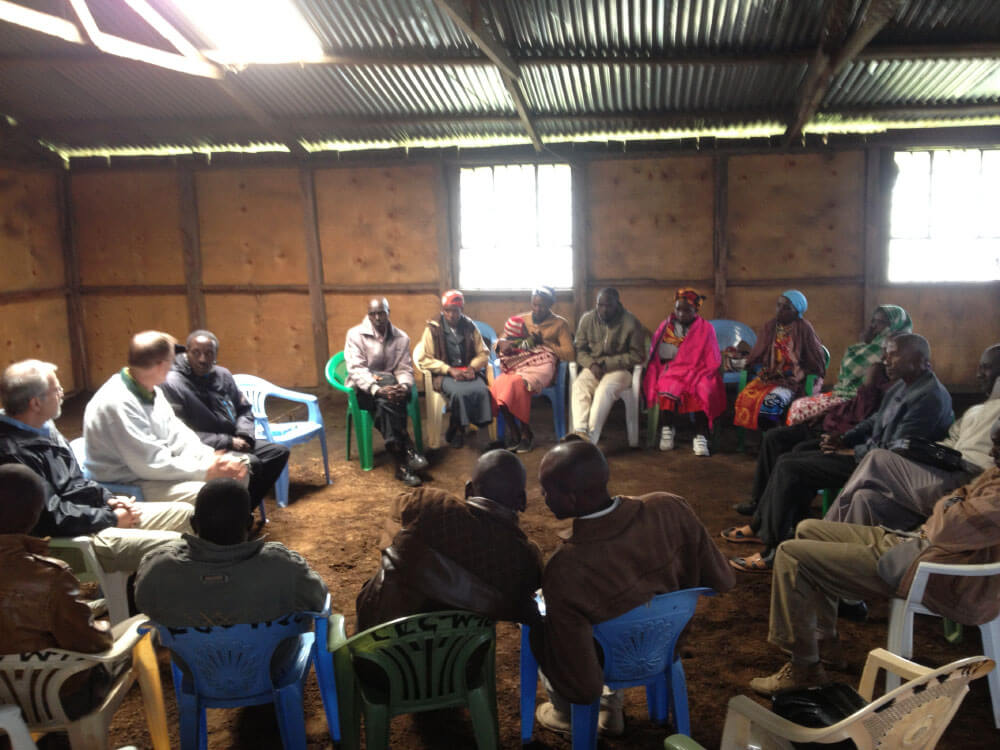 Then we were told that Michael couldn’t read. During our two days, Michael had held a Bible and opened it whenever anybody else did, not sure what he was turning to. He had taken everything in just by listening. Now he told us he was going to go start a church. I’ve learned to never argue with a guy who had to kill a lion as part of his initiation into Maasai manhood when he says he’s going to do something.

In late December I got an email from my friend James, the Kenyan bishop who mentors 200 Maasai pastors (who also killed a lion when he was thirteen). The three days that Daniel and Michael went to the village were market days for the surrounding homesteads. He wrote. “Daniel and Michael went in the village and 40 people gave their lives to Jesus and praise the Lord! And the Church is official started.”

A bunch of men, their wives and children, hearing stories from a Maasai brother who can’t read. Stories he’s learned about Jesus being born.