I travel a lot. I can spend about one-third of the year overseas training believers who live in difficult places how to start churches, talk to others comfortably about Jesus, and help both curious skeptics and young followers learn about the Christian God. Most of the people I train are illiterate. Many of the areas we go to have no written language. Many of the people live in places that are resistant to the Christian faith. I fly in and then fly out several days later. They don’t.

A couple weeks after I had been in Indonesia (which is the most Muslim populated country in the world), I heard about Sari, one of the young ladies who had come to a training. (picture below is not Sari) She was easy to remember because she was one of the few who spoke English. But she also kept asking questions. “What did Jesus mean when he said…” “If Muslims don’t want to hear about Jesus, what do I do?” “Why did so many women follow Jesus?” 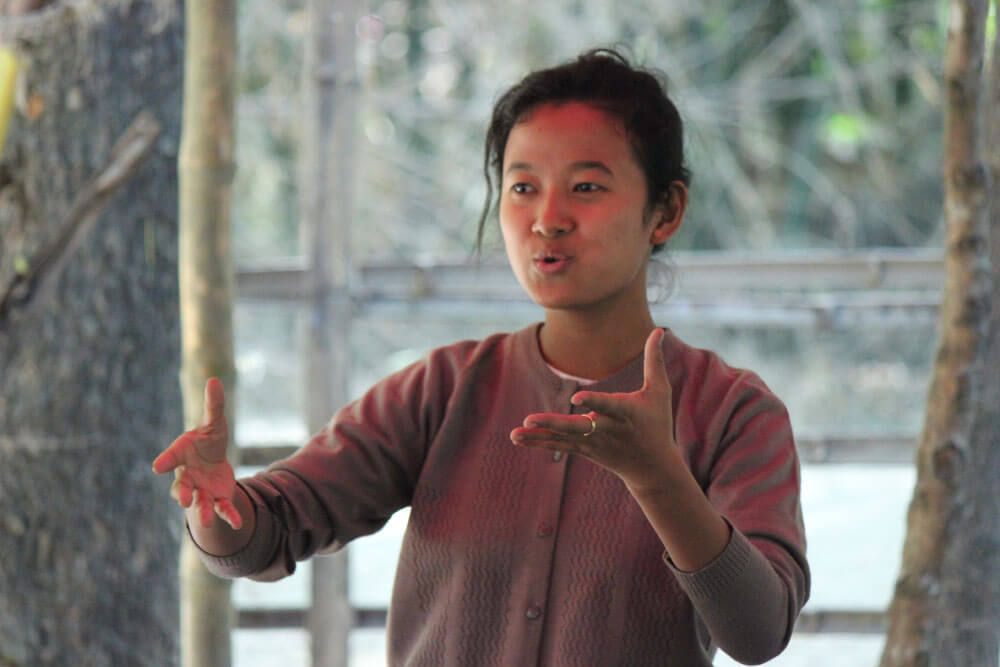 Sari is one of the only believers on her home island. A few days after returning from the training, in the middle of the night a group of men in her village broke the door down and dragged her into the middle of the village. The leaders were standing there. Sari was stripped in front of the people. And then they started whipping her on the buttocks and back of her legs with bamboo. “You are Muslim! Say it! You are Muslim!…” WHAP! “…You are Muslim!…”

They did this all night. When she would pass out, they would wait for her to revive. Then they would start again. “You are Muslim!…” WHAP!

Finally the horizon became a shade lighter. Dawn was still an hour away. The beatings stopped. The men went to their homes. Local law says that you can beat an infidel woman only while the sun isn’t up.
Sari began crawling back to her hut. Nobody helped her. Finally she made it into the broken doorway and passed out.

A few women quietly came to her. They gently poured water on her lacerated body. Several times Sari screamed and passed out.

When she regained consciousness, the women kept saying, “Why didn’t you just say you were Muslim? They would have stopped.”

And Sari began telling them over the next several days stories about women in the Bible who have been unloved by men, but completely loved by God.

Over several weeks, so very quietly, many women in that island village began telling their children about this Jesus. And in time – a long time – even a couple of the women married to men who beat Sari cautiously and slowly shared stories with their husbands in the quietness of huts in the middle of the night on an island where infidel women can be beat until the sun starts to appear on the horizon.

And some of the men listened.